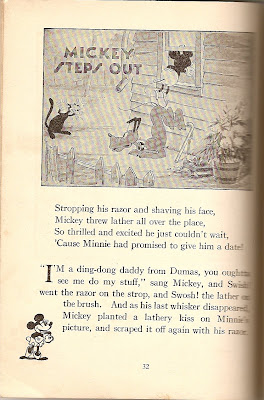 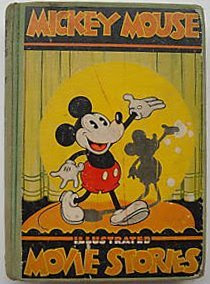 The first of this kind was the hardcover Mickey Mouse Illustrated Movie Stories which came out at the tail end of 1931. This 200+ pages book featured stories and stills of 11 cartoon shorts from 1930-31. 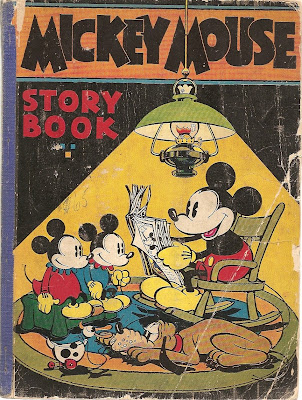 A budget-priced abridged version featuring only four cartoons (all also featured in the other book) was also published the same year, titled simply as Mickey Mouse Story Book, featuring a different, and more alluring, cover illustration, which saw probably the first-ever appearence of Pluto on a book cover. A Turkish edition of this book would be published in 1944: 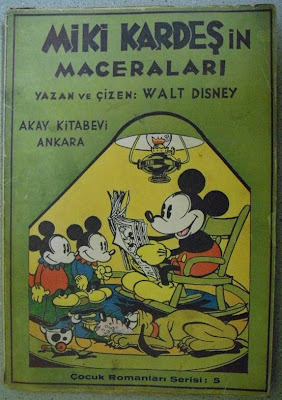 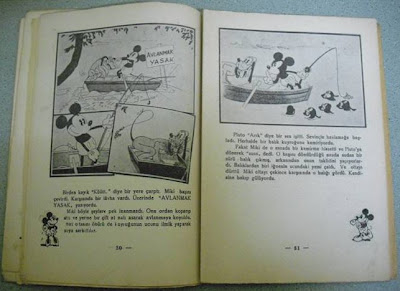 David McKay's next pair of 'movie story books' would come in 1934.
The oblong-format Mickey Mouse Movie Stories - Book 2 contains stories of 12 cartoons from the years 1932-34. 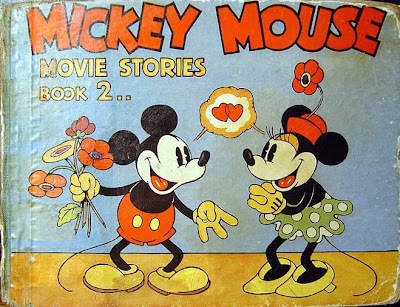 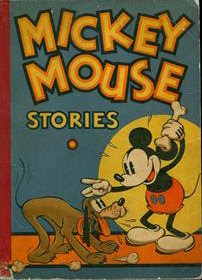 Mickey Mouse Stories from the same year contains stories of only four cartoons, all which had earlier been published in 1931's Mickey Mouse Illustrated Movie Stories.
Posted by Kaya Özkaracalar at 12:32