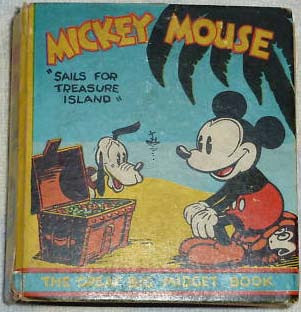 In a below post from Nov. 9th, 2009 on this blog, I had covered the earliest British Disney books, concentrating on publications by Dean & Sons Ltd. Recently, I've become aware of another early Disney book by Dean which I had not mentioned in that post: Mickey Mouse Sails For Treasure Island. This is the British edition of the US book by Whitman with the same title from 1933. The US edition was part of a popular series called 'The Big Little Books' while the British edition carried the tag 'Big Midget Book'. The British edition featured a different cover illustration, which curiously included a white Pluto, than the US one. It is undated, but probably either from 1933, the date of the US edition, or mid-1930s.
The copy whose image is above was recently sold on ebay for 100 British pounds (=app 157 US dlrs). Another copy had been earlier sold by Hake's for 185 US dlrs.
As I had noted in my earlier post, Dean had also published a book simply titled as Mickey Mouse with the tagline 'Great Big Midget Book', which might have been the British edition of one of the Big Little Books.
Posted by Kaya Özkaracalar at 16:44 1 comment:

At least five short British-made Thumper comics were serialized in Britain's Mickey Mouse Weekly between 1950-51. At some point in the future, I hope to present a comprehensive overview of them in this blog, but, for the moment, here are scans of the complete run of one of them, 'King of the Castle', serialized in no's 549-553, for you to enjoy: 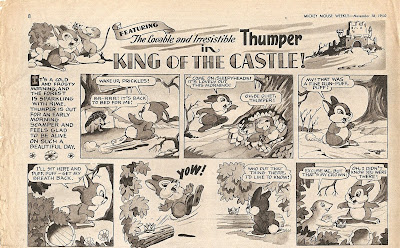 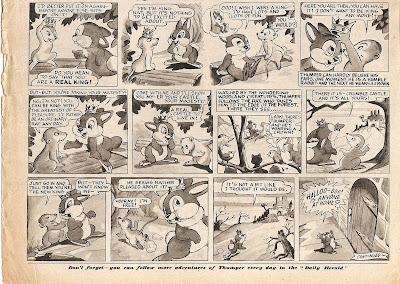 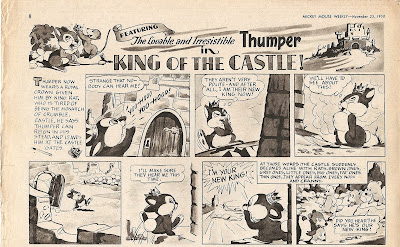 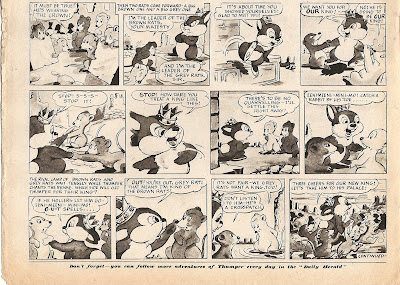 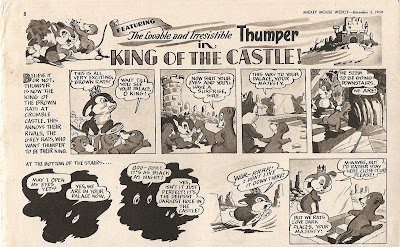 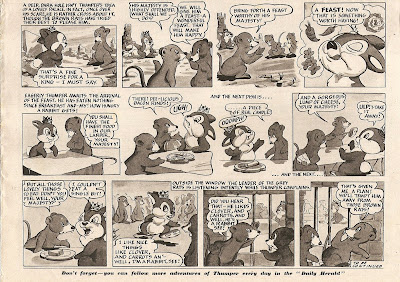 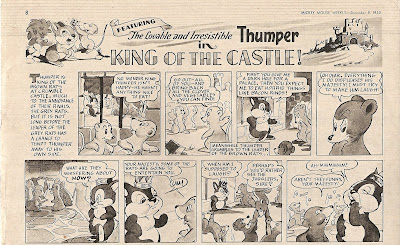 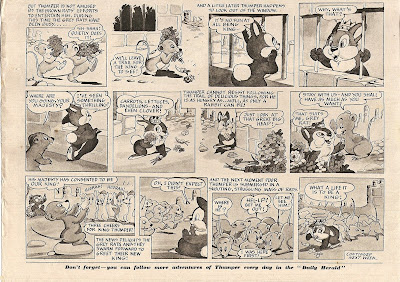 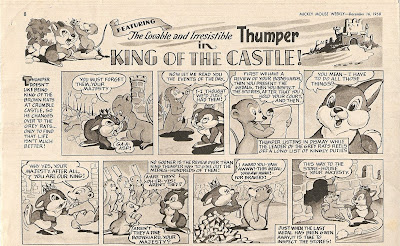 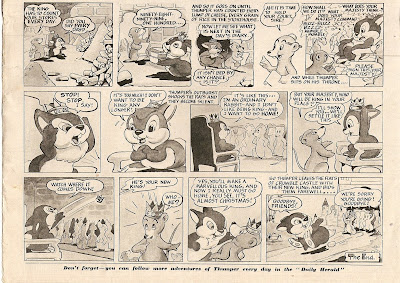 The art might be the work of Basil Reynolds, who was also making a Thumper strip for the British newspaper Daily Herald in the same years.
Posted by Kaya Özkaracalar at 00:01 No comments: