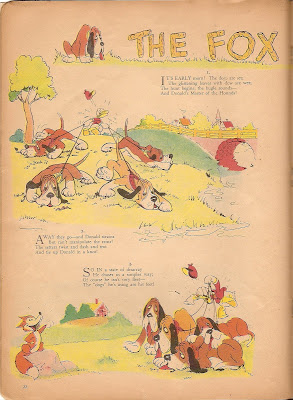 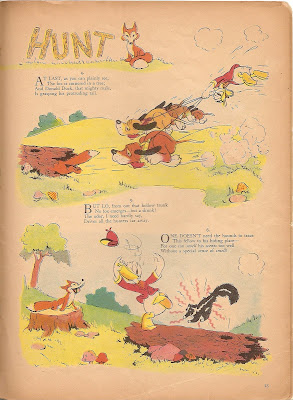 Between 1934-42, dozens of Disney cartoon shorts were promoted in the US magazine Good Housekeeping in the form of one page illustrated text story adaptations by Disney artists Tom Wood and Hank Porter. Some of these would later be re-used in Walt Disney's Comics & Stories. And yet, several other Disney cartoons which did not make into Good Housekeeping were also adapted into illustrated text story format and published in Mickey Mouse Magazine, the predecessor of WDC&S. One of these is The Fox Hunt (1938) whose adaptation was published in the central pages of MMM vol. 3 no. 12 (dated Sept. 1938). The last illustration in this story was the basis for the cover of that issue: 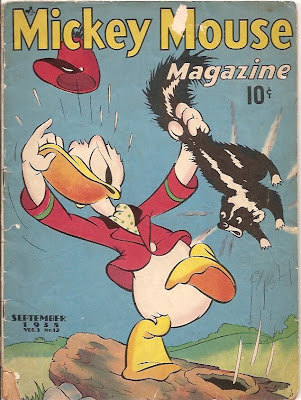 Years later, another illustration from 'The Fox Hunt', the upper one in the second page, would be the basis of the cover illustration of the no. 371 (dated Sept. 23rd, 1944) of Britain's Mickey Mouse comics magazine: 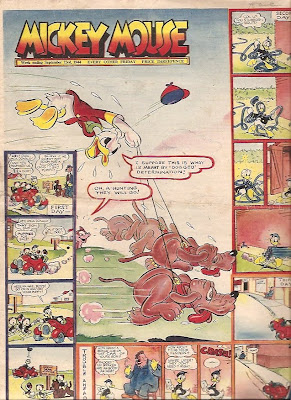 Posted by Kaya Özkaracalar at 13:01