FRENCH TORTOISE AND THE HARE BOOK FROM 1935 WITH DONALD DUCK! 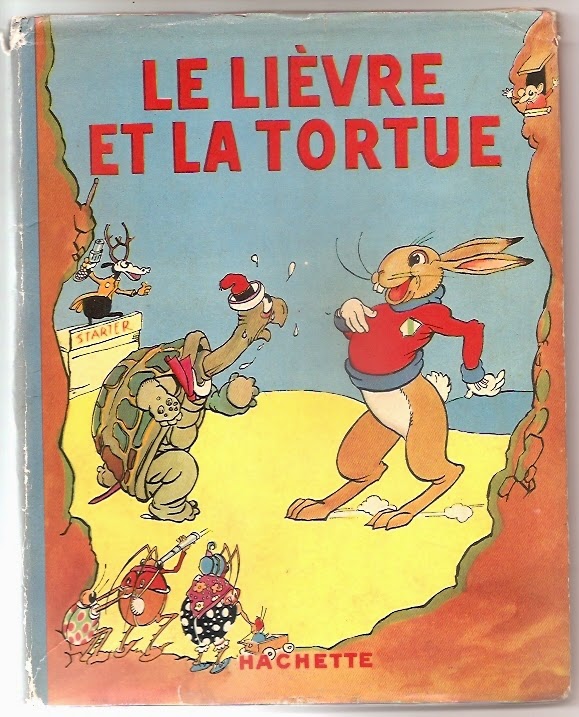 French publishers Hachette had began publishing a series of Mickey Mouse comics albums in 1931, reprinting American daily newspaper strips with added texts beneath the panels. In 1934, they also began a series of Disneyic illustrated story books. Two books of this new series were pop-up books featuring Mickey, but the rest were regular (without pop-ups) illustrated story books based on Disney's 'Silly Symphonies' cartoon shorts. While some of them were French editions of corresponding US books, some featured original illustrations. La Liévre et la Tortue (1935), based on the 'Silly Symphony' The Tortoise and the Hare (1935) is of the latter category (to the best of my knowledge, an illustrated story book based on this cartoon would be published in the US in 1938). On the title page, the text is credited to Magdeleine du Genestoux, a French author of children's literature. The art is simply noted to be based on the Disney film, but the anonymous artist has been identifed as Félix Lorioux (1872-1964). The interesting aspect of this book is that it features, among the spectators of the race between the hare and the tortoise, several Disneyic characters who do not appear in the original cartoon. The below illustration, spread across the reverse of the front cover and the first page and reprinted at the end of the book across the last page and the reverse of the back cover, features almost all of the main Disneyic characters of the time, albeit admittedly in crudely drawn fashion: 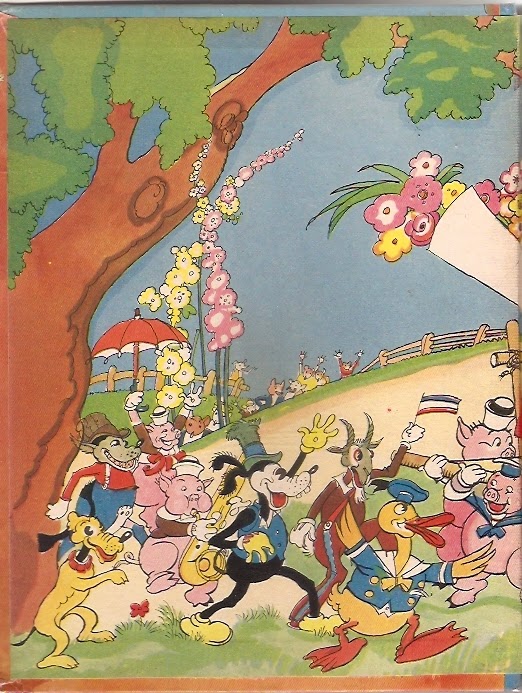 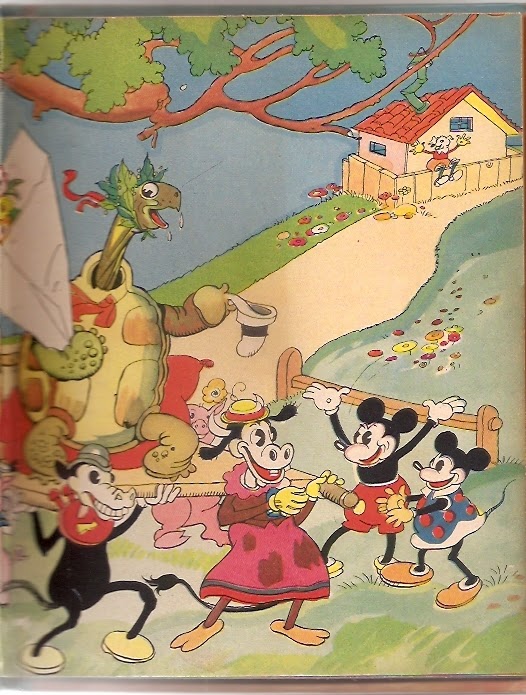 Mickey and Minnie do not actually re-appear elsewehere in the book, but Donald Duck does in this full-page color illustration on page 18: 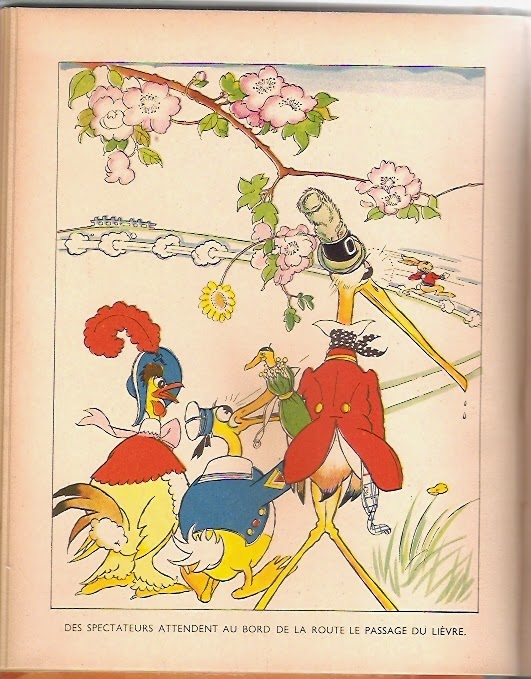 Beyond the addition of these characters in the illustrations, the book is largely faithful to the plot of the cartoon in terms of story. 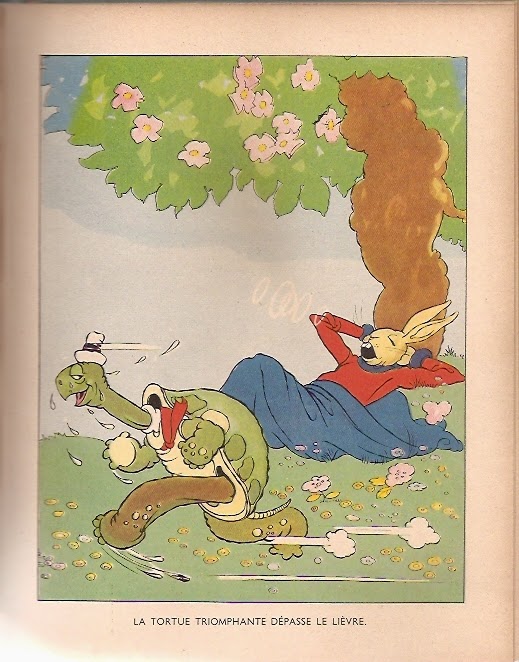 As bonus, here is a scan of the cover without the jacket, identical design and illustrations, but with colors' vibrancy better preserved over the decades: 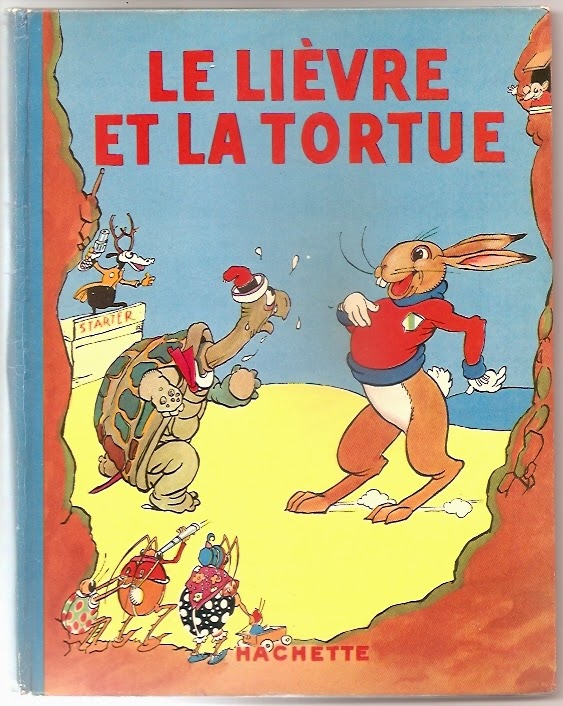 The cover illustration would be used on the cover of the no. 134 (dated June 10th, 1937) of the Turkish children's weekly magazine Afacan announcing the forthcoming adventures of the Tortoise and the Hare: 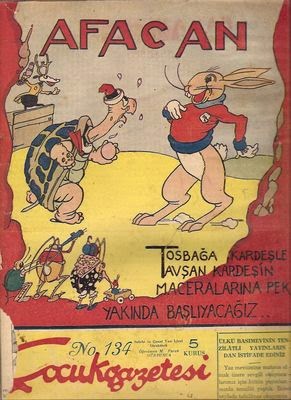 Posted by Kaya Özkaracalar at 14:05