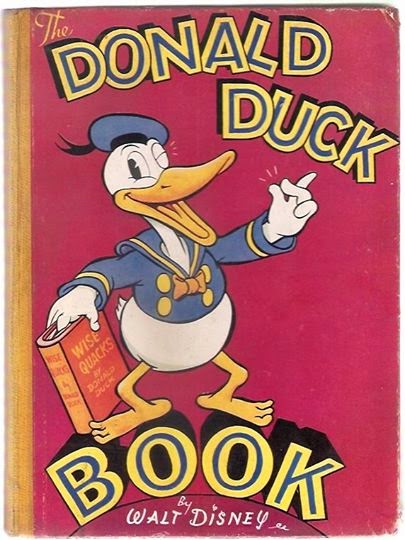 The first-ever Donald Duck book was published in the US in 1935 by Whitman Publishing Co.; it was an illustrated story book with color illustrations (a hardcover edition of this book was also published the next year). In 1937, Donald Duck titles began to be included in the Big Little Books series. Around this time, the first-ever Donald Duck book outside the US came out from Britain's Birn Brothers Ltd: The Donald Duck Book. This hardcover and thick book (close to 100 pages) is undated, but I've seen an online seller dating it at 1937, based on a dated inscription on the copy they have; the long-beaked figure of Donald is in uniformity with this dating. 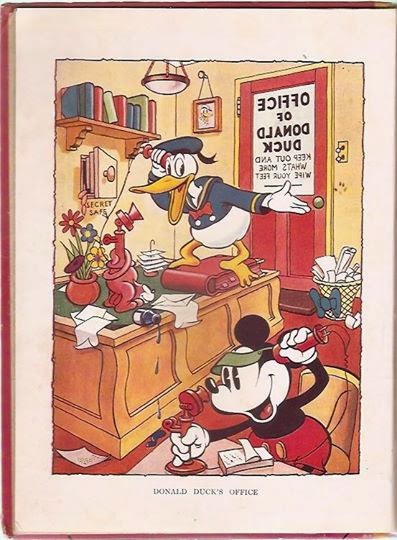 The Donald Duck Book is also an illustrated story book, with one color insert at the beginning and several b&w illustrations throughout, but its narrative is rather exceptional: The story recounted in the book is the (fictional) account of the creation of the same book! The framing story starts with Donald Duck opening an office where he would write and edit The Donald Duck Book... Mickey and other pals are around to help him. The book progresses as they come out with new ideas to include in the book and each of those items -stories, poems, comics, games, etc- are presented in the book accordingly; the comics, or "pictorial stories" as they are called here, are actually re-formatted Sunday strips of American origin from 1935, but the rest of the material in The Donald Duck Book are British productions.
The framing story ends with an account of the book being printed and put on sale! 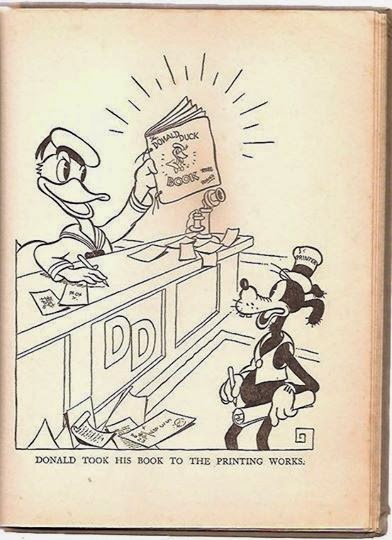 Posted by Kaya Özkaracalar at 17:47